Need to register to vote or update your voters registration? Click the link to help Chris ensure his election!

Who is Chris Smith?

Chris Smith is a South Bossier City resident and small business owner. Chris and his wife, Courtney Smith, own a home in South Bossier’s Bellaire neighborhood. Chris owns and operates a Real Estate Company that specializes in Retail and Investment Real Estate, Property Management and Education. Chris is also a partner in a local used car lot in South Bossier called ArkLaTex AutoWorld. Chris was born and raised in Shreveport, LA, is a 2006 graduate of Captain Shreve High School where he graduated in the Liberal Arts Magnet Program before going on to attend Bossier Parish Community College and Nicholls State University in Thibodaux, LA. Chris spent close to a decade in Thibodaux where he started his career before relocating to Mobile, AL for a brief stint then eventually finding his way back home to Northwest Louisiana. Once home he met his wife, Courtney Friedley Smith, the two were married in September 2019 and are expecting their first child in December 2020. Courtney is a lifelong resident of South Bossier. She is a 2005 graduate of Parkway High School and attended Louisiana Tech University where she earned a Bachelor’s Degree in Pre Professional Speech-Language Pathology and a Masters Degree in Secondary Education. Courtney is a proud high school English Teacher at her Alma Mater, Parkway High School. The couple have roots in the local community and plan to raise their family in Bossier City. Chris is passionate about making Bossier City the greatest place to live, work and play in Northwest Louisiana.

DONATE for the Future of Bossier! 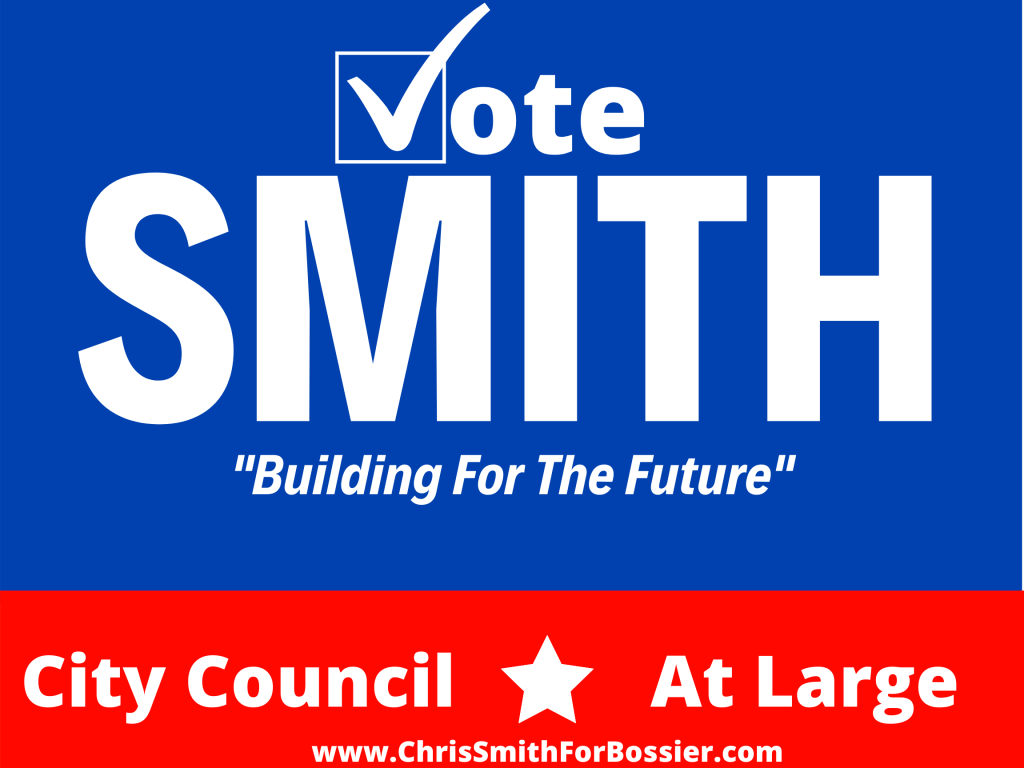